A New Boss is in the (White) House: Possible Tax Changes that Could Affect Multinationals Doing Business in the U.S.

As the dust settles from an ugly political season, the inauguration of Joe Biden as the new U.S. president set in motion what many believe will be tax law changes that could impact multinational corporations doing business in the U.S. With Mr. Biden's Democrat party maintaining its majority in the House of Representatives and the opposing Republican party losing its majority in the Senate, the likelihood has never been greater that some or all of Mr. Biden's tax plan will become law. When that might happen, if it does, is another question. 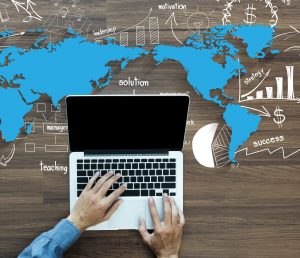 What can we expect? The Biden tax plan created during the political campaign was short on details, but below are some possible changes.

Income Tax Rates:
Corporations enjoyed a significant tax rate reduction in 2018 when the Trump Administration reduced the highest federal rate from 35% to 21%. Mr. Biden has proposed to increase the rate to 28%.

For corporations with "book" profits in excess of $100 million, the Biden plan would also impose a minimum tax whereby such corporations would pay the greater of their regular corporate income tax or 15% of "book" income. Nicknamed the "Amazon Tax," this provision is meant to tax large corporations that are able to reduce or eliminate the tax they pay by taking advantage of favorable tax provisions that differ from financial statement rules.

GILTI Provisions:
During the Trump Administration, we were introduced to a new and complicated regime called the Global Intangible Low Tax Income (GILTI) tax. While attempting to shift U.S. taxation to more of a territorial system, lawmakers implemented a 10.5% effective tax rate on taxable income of certain foreign subsidiaries of U.S. corporations because they feared a mass exodus of U.S. business to foreign jurisdictions. President Biden has proposed to double this effective tax rate to 21%.

The Biden plan would calculate GILTI on a country-by-country basis which is meant to prevent corporations from netting high-tax and low-tax jurisdictions.

In addition, the Biden plan would eliminate the provision that exempts from GILTI an amount equal to a 10% deemed return on the average adjusted basis of foreign tangible property.

Making America Great Again Provisions:
The Biden plan would establish a "claw back" provision to penalize companies that cut jobs in the U.S. and sent them overseas. In the alternative or perhaps in addition to this provision, Mr. Biden has called for a 10% surtax on top of the corporate tax rate on income earned by foreign affiliates of U.S. corporations where the customers are in the U.S.

There may be some "Make America Green" initiatives, as well. Mr. Biden favors repealing certain tax incentives enjoyed by the fossil fuel industry. His plan would also restore tax credits for electric cars, home energy efficiency and solar investments while encouraging the development of a low-carbon manufacturing sector.

Other Trump-era Tax Laws Likely to Change:
The Tax Cuts and Jobs Act passed at the end of 2017 was former President Trump's signature tax initiative. In general, President Biden desires to eliminate many of the provisions therein, especially those relating to individuals earning more than $400,000. Foreign businesses who send executives to work in the U.S. need to be aware of the many income and social security tax provisions impacting such individuals. In addition, under the Biden plan, U.S. sourced capital gains may not benefit from the favorably low capital gains rates enjoyed by individuals if such taxpayers have income in excess of $1 million. Pre-immigration planning may become more important.

We can expect continuous unwinding of Trump policies as they relate to efforts Mr. Trump had in reducing corporate operating regulations and promoting his agenda. Among the areas to watch: climate change initiatives, immigration issues, limits on rental real estate landlords, travel restrictions and foreign government relations.

In the Meantime:
While we wait and try to plan for the upcoming tax changes, we continue to address the many tax provisions associated with the economic stimulus legislation passed in 2020 as a result of the COVID-19 pandemic. For corporations, these include utilizing and carrying back net operating losses, deducting more interest expense that otherwise may have been limited, writing off certain capital improvements under the bonus depreciation rules, obtaining government assistance including potentially forgivable loans, applying credits for retaining employees and more.

We encourage you to read the many Williams Benator & Libby articles on these sweeping rules at www.wblcpa.com and reach out to any of our capable advisors.

How to improve the strength and value of your business